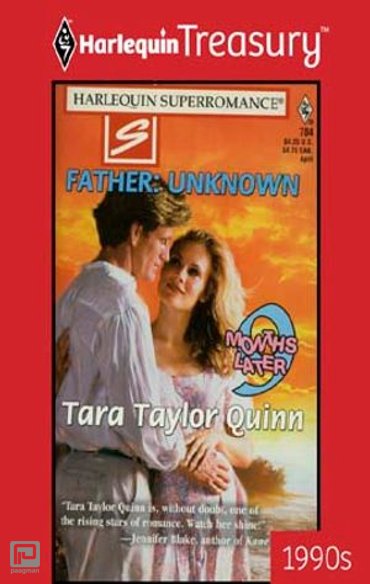 Her name is Anna. And she's pregnant.

That's all she knows, all the doctors can tell her. Anna was in an accident, and when she regains consciousness, she has no memory of who she is or where she came from. She has no idea who the father of her baby might be.

Jason Whitaker sees the broadcast appeal and comes forward to identify her. This is Anna Hayden. The woman he still loves. The woman who rejected him three months ago. The woman who can't remember him-and is now pregnant.

"Tara Taylor Quinn writes with wonderful assurance Her handling of male viewpoint is exceptional; she manages to make her heroes both intriguing and human, which isn't always easy. She seems to genuinely like and understand men, an attitude as refreshing as it is unusual."
-Jennifer Blake, author of Kane