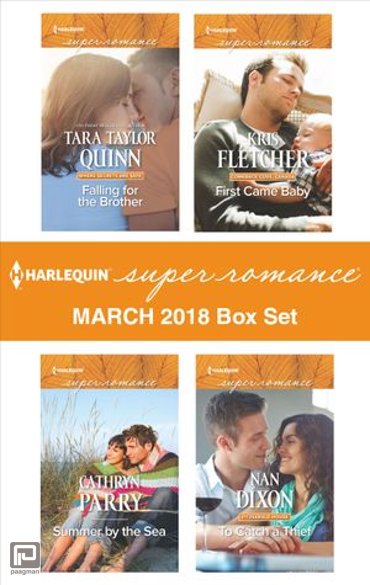 Harlequin® Superromance brings you a collection of four new novels, available now! Experience powerful relationships that deliver a strong emotional punch and a guaranteed happily ever after.

FALLING FOR THE BROTHER

Where Secrets are Safe

Criminologist Mason Thomas never stopped loving Harper Davidson, even when she married his brother. Five years later his loyalty to both—and to the little girl who might be his daughter—will be tested.

SUMMER BY THE SEA

On a mandatory beach vacation, a stressed-out Silicon Valley tech exec reluctantly agrees to take meditation classes. How is she supposed to relax when she can’t stop thinking about the teacher, a hot lifeguard with a computer-genius daughter?

Jackson Boone returned to Comeback Cove to meet his five-month-old son…and get divorced. He’ll never be able to give Kate Hebert the family she longs for. But the future isn’t necessarily up to him…

TO CATCH A THIEF

Carolina Castillo will do anything to comfort her dying mother, including steal. For straight-arrow FBI agent Sage Cornell, breaking the law is just plain wrong. He won’t compromise his principles—even for love!

Look for 4 compelling new stories every month from Harlequin® Superromance!

Join HarlequinMyRewards.com to earn FREE books and more. Earn points for all your Harlequin purchases from wherever you shop.