Counting on a Countess - London Underground 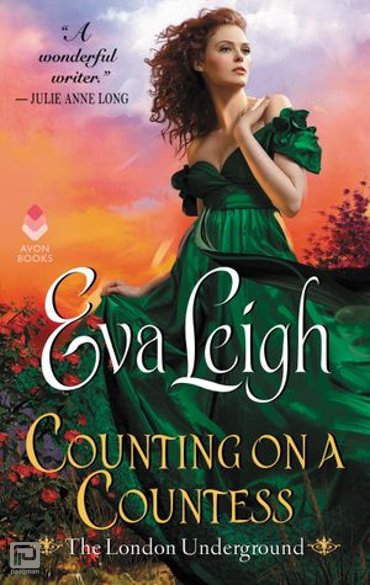 For a shameless libertine and a wily smuggler in the London Underground, marriage is more than convenience—it’s strategy . . .

Christopher “Kit” Ellingsworth, war veteran and newly minted Earl of Blakemere, buries his demons under every sort of pleasure and vice. His scandalous ways have all but emptied his coffers . . . until a wealthy mentor leaves him a sizeable fortune. The only stipulation? He must marry within one monthto inherit the money. Kit needs a bride and the bold, mysterious Miss Tamsyn Pearce seems perfect.

Husband hunting isn’t Tamsyn’s top priority—she’s in London to sell her new shipment of illicit goods—but she’s desperate for funds to keep her smuggling operation afloat. When a handsome earl offers to wed her and send her back to Cornwall with a hefty allowance, Tamsyn agrees. After all, her secrets could land her in prison and an attentive, love-struck spouse could destroy everything.

But when an unexpected proviso in the will grants Tamsyn control of the inheritance, their arrangement becomes anything but convenient. Now, Kit’s counting on his countess to make his wildest dreams a reality and he plans to convince her, one pleasurable seduction at a time.