Death on the Sapphire - A Lady Frances Ffolkes Mystery 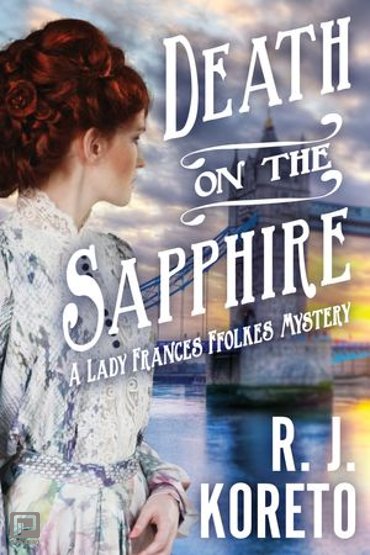 An extraordinary woman living in extraordinary times, Lady Frances Ffolkes is an Edwardian-era suffragette who has an uncanny ability to attract danger and romance.

When Major Colcombe, a family friend and war veteran, dies under mysterious circumstances, the good Lady Frances discovers that he was working on a manuscript about South Africa's bloody Boer War, which reportedly revealed a scandalous mistake that cost many innocent lives. Now, it's up to Frances and her loyal lady's maid, June Mallow, to track down the missing manuscript and bring the killer to justice. Despite clashes with Scotland Yard and the British Secret Service, Frances never backs down and finds herself in several very unfortunate positions—and one very fortunate love triangle.

Death on the Sapphire, R. J. Koreto's witty and winsome series debut, is sure to delight fans of historical mysteries for years to come.