Among the many commemorations of...">

Among the many commemorations of...">

Among the many commemorations of..." />

A Land on the Threshold 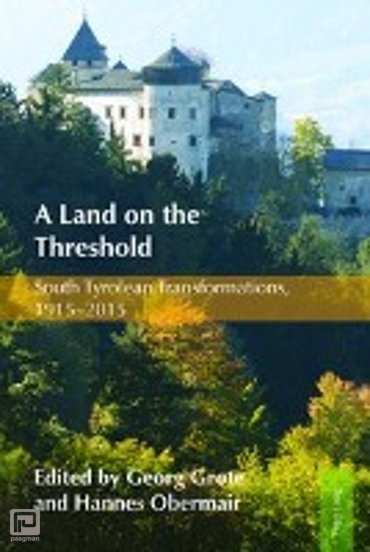 Among the many commemorations of World War I, little was made of the 100th anniversary of the secret Treaty of London between Italy and the Western War Allies in April 1915, which sealed the fate of South Tyrol for the duration of the twentieth century by passing it from Austria to Italy. In May 2015, a symposium was held in the medieval Prösels Castle in the Italian Dolomites to mark this historical moment. Contributors set out to explore the political, social and cultural impact of South Tyrol's existence «on the threshold» during the twentieth century.

Individually and collectively, the essays in this volume challenge the simplistic reading of South Tyrol as merely a geographic region torn between Germanic and Italian cultures; instead, they explore the dynamic effects of its geographical, political and cultural history since 1915. South Tyrol, as a modern regional state in Europe, faces many of the same problems as other European regions, be they individual states or sub-state regions. Most of the contributions in this volume are from academics and intellectuals within the Province of Bolzano/Bozen who negotiate and discuss these issues through their native languages: German, Italian and Ladin. By making their research accessible through English translations and abstracts, this volume seeks to bring their work on historical and contemporary developments in South Tyrol to a wider European and global audience.