Music of the Ghosts 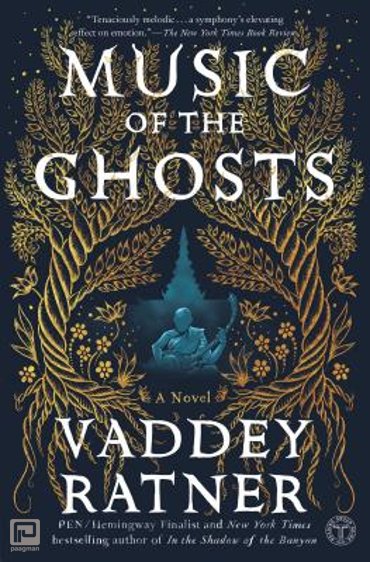 This "novel of extraordinary humanity" (Madeleine Thien, author of Do Not Say We Have Nothing) from New York Times bestselling author Vaddey Ratner reveals "the endless ways that families can be forged and broken hearts held" (Chicago Tribune) as a young woman begins an odyssey to discover the truth about her missing father.

Leaving the safety of America, Teera returns to Cambodia for the first time since her harrowing escape as a child refugee. She carries a letter from a man who mysteriously signs himself as "the Old Musician" and claims to have known her father in the Khmer Rouge prison where he disappeared twenty-five years ago.

In Phnom Penh, Teera finds a society still in turmoil, where perpetrators and survivors of unfathomable violence live side by side, striving to mend their still beloved country. She meets a young doctor who begins to open her heart, confronts her long-buried memories, and prepares to learn her father's fate.

Meanwhile, the Old Musician, who earns his modest keep playing ceremonial music at a temple, awaits Teera's visit. He will have to confess the bonds he shared with her parents, the passion with which they all embraced the Khmer Rouge's illusory promise of a democratic society, and the truth about her father's end.

A love story for things lost and restored, a lyrical hymn to the power of forgiveness, Music of the Ghosts is a "sensitive portrait of the inheritance of survival" (USA TODAY) and a journey through the embattled geography of the heart where love can be reborn.