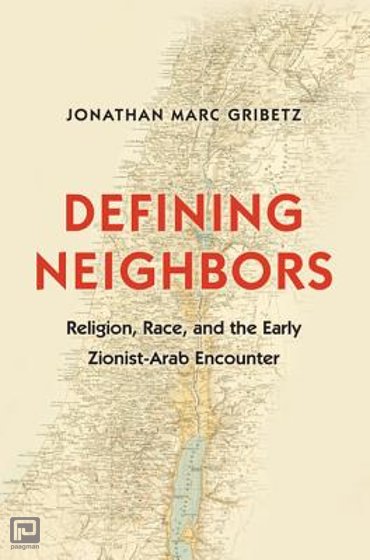 As the Israeli-Palestinian conflict persists, aspiring peacemakers continue to search for the precise territorial dividing line that will satisfy both Israeli and Palestinian nationalist demands. The prevailing view assumes that this struggle is nothing more than a dispute over real estate. Defining Neighbors boldly challenges this view, shedding new light on how Zionists and Arabs understood each other in the earliest years of Zionist settlement in Palestine and suggesting that the current singular focus on boundaries misses key elements of the conflict. Drawing on archival documents as well as newspapers and other print media from the final decades of Ottoman rule, Jonathan Gribetz argues that Zionists and Arabs in pre-World War I Palestine and the broader Middle East did not think of one another or interpret each other's actions primarily in terms of territory or nationalism. Rather, they tended to view their neighbors in religious terms--as Jews, Christians, or Muslims--or as members of "scientifically" defined races--Jewish, Arab, Semitic, or otherwise. Gribetz shows how these communities perceived one another, not as strangers vying for possession of a land that each regarded as exclusively their own, but rather as deeply familiar, if at times mythologized or distorted, others. Overturning conventional wisdom about the origins of the Israeli-Palestinian conflict, Gribetz demonstrates how the seemingly intractable nationalist contest in Israel and Palestine was, at its start, conceived of in very different terms. Courageous and deeply compelling, Defining Neighbors is a landmark book that fundamentally recasts our understanding of the modern Jewish-Arab encounter and of the Middle East conflict today.