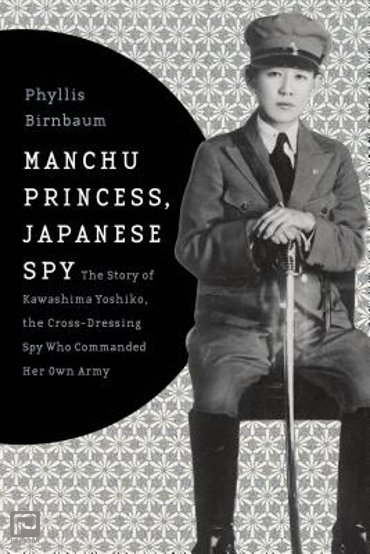 The Story of Kawashima Yoshiko, the Cross-Dressing Spy Who Commanded Her Own Army
"Kawashima Yoshiko (1906-1948) was an enigmatic Manchu princess whose life mirrored in many ways Japanese-Chinese relations in the first half of the 20th century. She was born into the Qing dynasty in China--the fourteenth daughter Prince Su--but grew upin Japan, after being given up for adoption to promote her father's political causes. Her fame was caught up with the fate of the puppet state set up by the Japanese in Manchuria during the 1930s (Manchukuo). She was a supporter of Manchukuo and served as a spy for the Japanese but also worked to restore the Manchu dynasty. She played a central role in the Shanghai Incident, which the Japanese Army used as an excuse to expand their war in and against China, culminating in the notorious Nanjing Massacre, but she also stuffed the empress into the trunk of her car and transported her in secret to a coronation in Manchuria. The Japanese set her up as the perfect symbol of amity between the two nations. She contested gender roles by wearing male military attire and a short, mannish haircut. In this book, Birnbaum tells Yoshiko's life story, culminating with her execution in 1948 by Chiang Kai-shek. She highlights the way in which Yoshiko's Chinese birth and Japanese upbringing created a unique personality, and how she was viewed differently in the two countries"--Provided by publisher