Kant: Religion within the Boundaries of Mere Reason 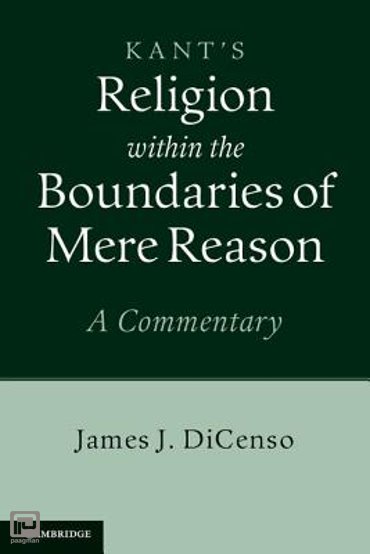 "Kant's Religion within the Boundaries of Mere Reason (hereafter Religion), is one of the great modern examinations of the meaning and function of religion. It stands alongside Spinoza's Theological-Political Treatise and Hume's Natural History of Religion and Dialogues Concerning Natural Religion as a key work analyzing religious beliefs and institutions in terms of their impact on human affairs. Much like his predecessors, Kant illustrates how religious systems are deeply intertwined with the formationof cultural values, with psychological desires for meaning and consolation, with legitimizing social and political institutions, and above all with questions of ethics. Because of the multi-disciplinary and historically documented nature of this analysis, Kant's treatment of the philosophy of religion is not confined to the narrow task of proving or disproving specific theological and religious doctrines. It is in fact inseparable from inquiries into the types of attitudes, worldviews, and institutions operative within a given cultural sphere, and so makes an ongoing, seminal contribution to both ethical and political thinking"-