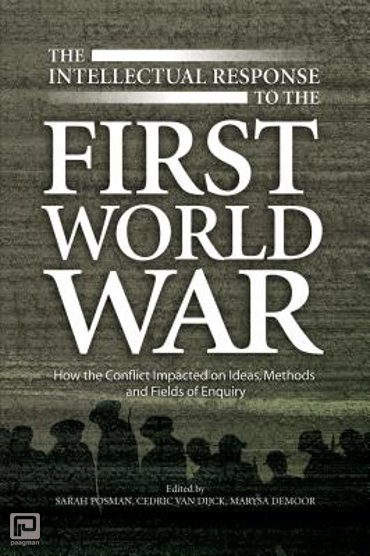 How the Conflict Impacted on Ideas, Methods & Fields of Enquiry
"The First World War changed the dynamics of the European intellectual landscape in terms of international collaboration, the development of disciplines and new institutional visions. The conflict not only destroyed much of Europe's material cultural heritage, it also damaged the 19th-century humanist conception of the function of thought and problematized the position of the thinker in society. What is the intellectual's task in a time of destruction and death? This book spotlights the ways in which thewar redrew the map of knowledge production and changed traditional paradigms, fundamentally altering the approach to intellectual work. Thinking became more democratic and specialized, with a range of voices tackling specific problems created by the war,but now more conspicuously related to particular causes. The focus on the viewpoints of the 1914-1918 intellectual cadre throws into perspective the ways in which the war changed the contents, methods and organization of intellectual work. Part One looksat the war as an object of study; Part Two explores the methodological challenges the war entailed; and Part Three sheds light on the ways in which the conflict and its aftermath redrew the map of collaborative intellectual networks. The case-studies come from different disciplines and cover a range of contexts, from German engineering to British wartime periodicals. Revisiting the early 20th-century intellectual situation not only enriches our understanding of the dynamics of the Great War, it also assists in repositioning the role of the intellectual in the 21st century"-