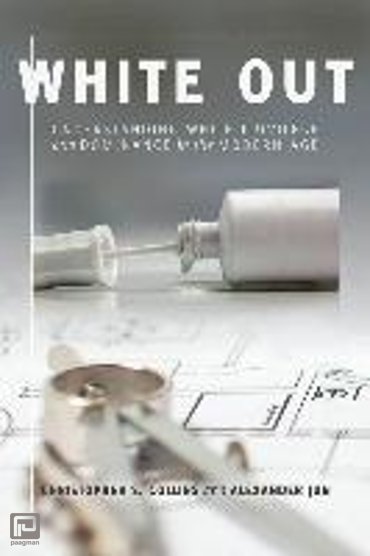 Colleges across the country, and the nation as a whole continue to be divided along racial lines. White Out: Understanding White Privilege and Dominance in the Modern Age is about the role of Whiteness and a defense of White dominance in an increasingly diverse society. Whiteness is socially constructed, just as race is undoubtedly a social construct, documented through various periods in history. This book proposes that White Out is a learned habit that serves to defend White dominance in a multicultural age. White Out is a strategy that covers systems, dispositions, and actions that cannot cover the full indentation or impact. However, the action of blotting, either intentional or unintentional, serves to obscure experiences of people of color in lieu of a competing definition of reality. The authors introduce the White Architecture of the Mind as a metaphor highlighting the mind as a collection of walls, doors, windows, and pathways that influence individuals to react based on a systemic logic that was socially constructed reason. White Out, a byproduct of a White architecture of the mind, is a set of individual actions, choices, behaviors, and attitudes that are guided by a system that predisposes these attitudes and perpetuates privilege for core members of a dominant majority. The often-unconscious purpose in denying privilege and articulating colorblind ideology is to support a larger system and view of reality. The concepts covered in this volume include: White Pain, Whitefluenza (privilege as a virus), White 22 (White if you do, White if you don't), Whitrogressions, Angry White Men, White Pilgrims, and Good White Friends.