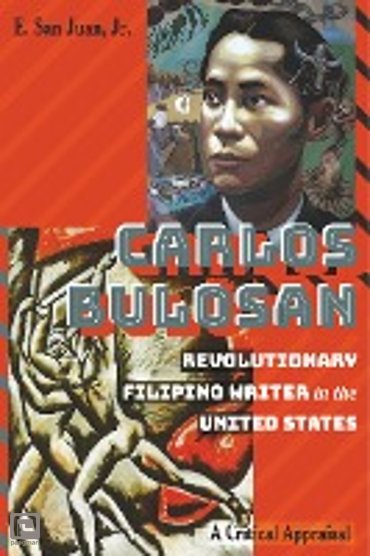 Carlos Bulosan-Revolutionary Filipino Writer in the United States: A Critical Appraisal is an in-depth, critical evaluation of Bulosan's major works in the context of the sociopolitical changes that configured his sensibility during the Depression, the united-front mobilization prior to World War II, and the Cold War witch-hunting of the fifties. Unprecedented for its thorough historical-materialist analysis of the symbolic dynamics of the texts, this book uses original research into the Sanora Babb papers that have never before been linked to Bulosan. Sophisticated dialectical analysis of the complex contradictions in Bulosan's life is combined with a politico-ethical reading of U.S.-Philippines relations. San Juan takes the unorthodox view that Bulosan's career was not an immigrant success story but instead a subversive project of an organic intellectual of a colonized nation-in-the-making. Today, Bulosan is hailed as a revolutionary Filipino writer, unparalleled in the racialized, conflicted history of the Philippines as a colony/dependency of the United States. This book follows San Juan's pioneering 1972 study Carlos Bulosan and the Imagination of the Class Struggle.