Evolution of the Early Qur'an 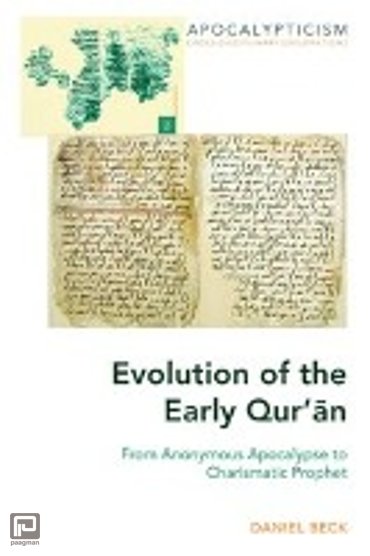 Critical scholarship on the Qur'an and early Islam has neglected the enigmatic earliest surahs. Advocating a more evolutionary analytical method, this book argues that the basal surahs are logical, clear, and intelligible compositions. The analysis systematically elucidates the apocalyptic context of the Qur'an's most archaic layers. Decisive new explanations are given for classic problems such as what the surah of the elephant means, why an anonymous man is said to frown and turn away from a blind man, why the prophet is summoned as one who wraps or cloaks himself, and what the surah of the qadr refers to.

Grounded in contemporary context, the analysis avoids reducing these innovative recitations to Islamic, Jewish, or Christian models. By capitalizing on recent advances in fields such as Arabian epigraphy, historical linguistics, Manichaean studies, and Sasanian history, a very different picture of the early quranic milieu emerges. This picture challenges prevailing critical and traditional models alike. Against the view that quranic revelation was a protracted process, the analysis suggests a more compressed timeframe, in which Mecca played relatively little role. The analysis further demonstrates that the earliest surahs were already intimately connected to the progression of the era's cataclysmic Byzantine-Sasanian war. All scholars interested in the Qur'an, early Islam, late antique history, and the apocalyptic genre will be interested in the book's dynamic new approach to resolving intractable problems in these areas.