A Fallen Son - The Concilium Series 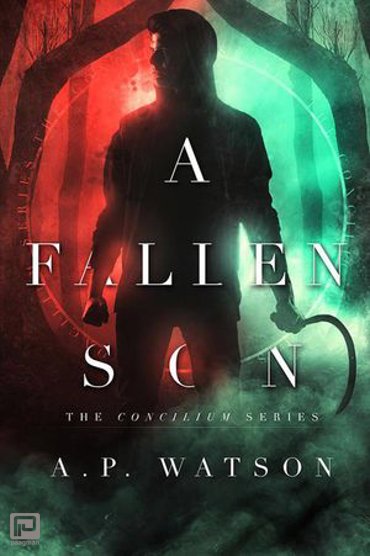 The deaths of her sworn protectors, the blood on her hands, and the evil around her haunt Evey at every turn. She thought she could outrun Aden, but escape now seems impossible. And the longer she's around her former husband, the more she is forced to recognize the fine line between love and hate. As the reincarnations of the original man and woman from the Garden of Eden, Aden and Evey have been bound to one another from the beginning of time. If she can restore Aden's humanity, his reign of terror will end once and for all. If she can't, he'll lead her down his path of death and devastation. Will Evey ever be able to rid herself of Aden, or are some bonds too deep to truly sever?

Meanwhile in New York, Conrad rises from the dead only to discover Evey has been taken by the very man who stole his life. In the aftermath of Aden's murderous rampage, Conrad teams up with Evey's best friend and a rebellious consiliarius to save the woman he loves.

Although Conrad's already paid for their forbidden romance with his life—twice—Aden still hungers for more vengeance. With his soul in constant turmoil, Aden plans to unleash the darkness he consumed in the Garden of Eden on the rest of the world. To stop him, Conrad must travel the world in a race against time to hunt down the only weapon capable of ending Aden's immortal life. Sacrifices will be made, sins will be committed, and rules will be broken, but will it be enough? Will true love conquer all? And if he fails, will Evey and the rest of humanity fall prey to a lunatic?