De Raey: The Mole in Leiden 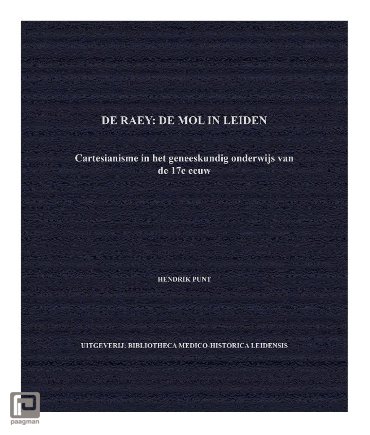 Cartesianism in 17th century medical education
This book is not only meant for philosophers and medical historians, but for all who want to take a look at the extensive menu of Cartesian cuisine. The 17th-century philosopher René Descartes turned established science upside down by doubting all certainties. His critical mind rejected statements that could not be proven by the Ratio. The Ratio was the metaphor for the roots, the physics for the trunk and the medicine for the branches and leaves of the Cartesian tree.
This premise was directly opposed to the established aristotelian theory in which observation formed the basis of knowledge.
De Raey, who once called Descartes his best student, synthesized a hybrid model of the old Aristotelian and the new Cartesian concept.
From 1658 to 1662 he gave private lessons in medicine at Leiden University and tried to use his model as a basis for explaining human physiology.
Until now, nothing was known about the content of these lectures. The author recently found a dispute. It is a new dish on the Cartesian menu.