The Nancy Pelosi Way : Advice on Success, Leadership, and Politics from America's Most Powerful Woman 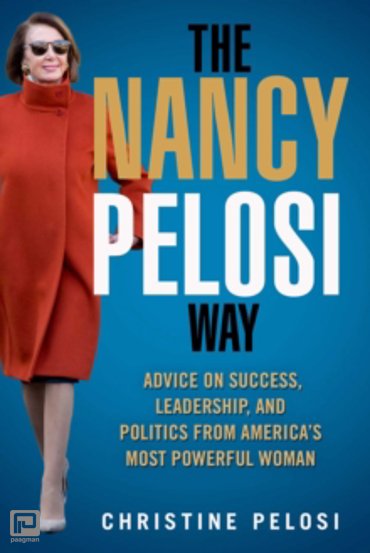 Understanding and Applying the Wisdom of Madam Speaker Nancy Pelosi-through the Eyes of Someone who Knows Her Best! In 2007, Nancy Pelosi became the highest-ranking elected female government official in US history when she started her tenure as Speaker of the House of Representatives. In January 2019, she began her third term as Speaker, during a tumultuous time in American political history. Having represented California's 12th District in Congress for 31 years, Pelosi has become well known for her pushes to decrease the cost of health care, boost workers' salaries, her opposition to the Iraq War, her ability to serve as a check against President Trump, and much more.

In doing so, she has demonstrated superb leadership skills and a unique ability to get things done, regardless of the person in the White House or the often partisan status of Congress. In The Nancy Pelosi Way, author and daughter of the Speaker Christine Pelosi takes a close look at how her mother became the most powerful female politician in America and the many important lessons that can be gleaned from her actions and dialogue along the way. This book weaves substantive issues and Nancy Pelosi's professional and personal experiences to demonstrate how this mother of five achieved her success.

Along the way to becoming Speaker, Pelosi has stuck to her values and principles and has championed the issues that remain most important to her. This book serves as the perfect guide for anyone looking to prosper as a leader in their own field.