Once Upon an Earl - Linen and Lace 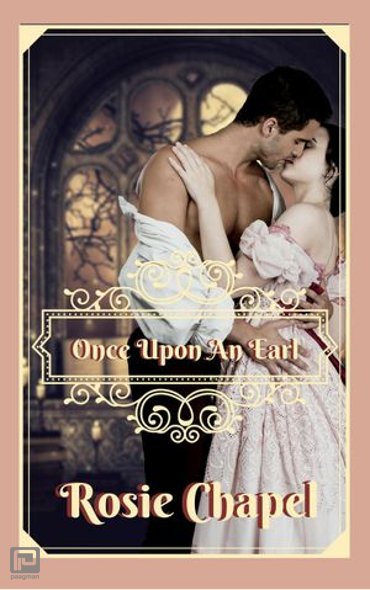 As we all know love has a habit of striking at the most inopportune moments and that sometimes fairy tales happen when we least expect them.

Giles Trevallier, 5th Earl of Winchester – tired, cold and very wet – was lamenting his decision to try to outride the storm. Escaping from the hustle of the city, Giles was looking forward to a few months of peace and quiet, while he managed his vast country estate. Now all he wanted to do was to get home, change into dry clothes and sit in front of a roaring fire with a hot meal and a large tumbler of whisky.

Fate, however, had other ideas and was about to intervene in the guise of a bedraggled female, who literally dropped at the Earl's feet, soaked to the skin and more dead than alive; her sudden appearance turning his neat, orderly and, to be honest, rather boring existence completely upside down.

Waking, briefly, in an unfamiliar room and in the arms of a very tall and dangerously handsome stranger no less, the young woman has no memory of who she is or how she came to be there. Under the tender care of the Earl's household, she slowly starts to recover, eventually recalling that her name is Willow, although everything else continues to elude her.

Following discreet enquiries into his unexpected guest – whose face haunts his every waking moment, Giles is shocked to discover that she is rumoured to be responsible for a fire that destroyed her family home and that her father's body is presumed to be one of those recovered from the ashes. Suddenly this most respectable Earl is faced with the possibility that he is harbouring a criminal.

While trying to unravel the mystery surrounding her, Giles realises that he is falling hopelessly in love with Willow, who unbeknownst to him is fighting similar emotions. And as with anything involving the heart, a thoughtless word or gesture has a tendency to thwart even Fate's best-laid plans.

Have Willow and Giles any chance of a happy ever after or will all manner of obstacles, such as misunderstandings, whispers of scandal, secret documents and foreign agents force them apart?