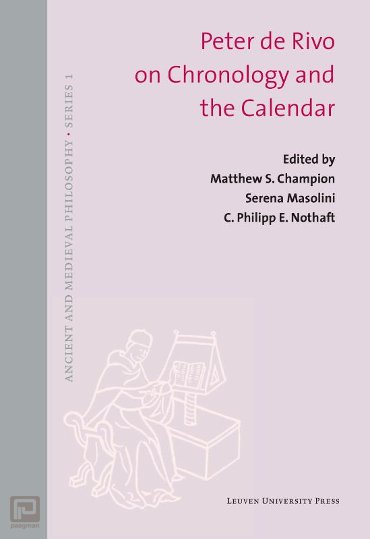 Peter de Rivo (c.1420–1499), a renowned philosopher active at the University of Leuven, is today mostly remembered for his controversial role in the quarrel over future contingents (1465–1475). Much less known are his contributions to historical chronology, in particular his attempts to determine the dates of Christ’s birth and death. In 1471, Peter made an original contribution to this long-standing discussion with his Dyalogus de temporibus Christi, which reconciles conflicting views by rewriting the history of the Jewish and Christian calendars. Later in his career, Peter tackled the issue of calendar reform in his Reformacio kalendarii Romani (1488) and engaged in a heated debate with Paul of Middelburg on the chronology of Christ. This book edits the Dyalogus and Reformacio and sets out their context and transmission in an extensive historical introduction.