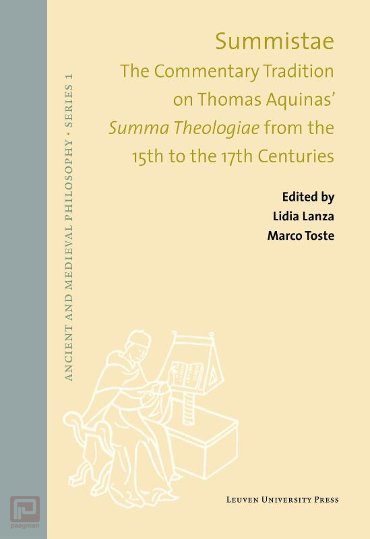 The Commentary Tradition on Thomas Aquinas’ Summa Theologiae from the 15th to the 17th Centuries
Thomas Aquinas’ Summa theologiae is one of the classics in the history of theology and philosophy. Beyond its influence in the Middle Ages, its importance is also borne out by the fact that it became the subject of commentary. During the sixteenth century it was gradually adopted as the official text for the teaching of scholastic theology in most European Catholic universities. As a result, university professors throughout Europe and the colonial Americas started lecturing and producing commentaries on the Summa and using it as a starting point for many theological and philosophical discussions. Some of the works of major authors such as Vitoria, Soto, Molina, Suárez and Arriaga are for all intents and purposes commentaries on the Summa. This book is the first scholarly endeavour to investigate this commentary tradition. As it examines late scholasticism against its institutional backdrop and contains studies of unpublished manuscripts and texts, it will remain an authoritative source for the research of late scholasticism.