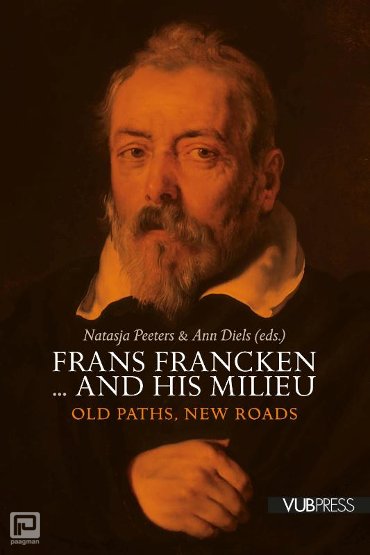 Oude paden, nieuwe wegen
In May 2014 the Rubenianum in Antwerp hosted the conference ‘Frans Francken and his Milieu, Old Paths, New Roads’, on the initiative of dr. Ann Diels (Vrije Universiteit Brussel) and dr. Natasja Peeters (War Heritage Institute Brussels). Both researchers wanted to draw more attention to research into art in the Southern Netherlands during the late sixteenth century. Dedicating the symposium to one of the most productive history and portrait painters of that period, Frans Francken, opened the door to a range of research tracks.
This conference collection includes thirteen essays by national and international specialists in sixteenth-century art of the Netherlands. The essays focus on various aspects of the work and life of the Antwerp history painter Frans Francken the Elder, the Francken dynasty, and his milieu. An artist’s work and life knows many facets, and data have to be culled from many sources. By providing a mosaic of research methods and tracks, the essays makes an attempt to visualize the complexity and richness of the research field. This small selection from the realm of possibilities mainly wants to encourage further research.
The book contains, among other writings, an art-historical overview of the study of late sixteenth-century art in the Southern Netherlands by Hans Vlieghe, a historiography and state of current research by the editors, a case study on the late sixteenth-century ‘gothic revival’ by Didier Martens, the restauration report of Frans Francken’s famous "Schoolmasters’ and Soapboilers’ altarpiece" in Antwerp Cathedral by David Lainé, an in-depth building history reconstruction of Francken’s house by Petra Maclot and an analysis of his books based on his post-mortem inventory by Ria Fabri, a dendrochronological riddle of the Road to Calvary in Dresden by Ursula Härting, and a study of the sensory aspect in history paintings by Ralph Dekoninck.