Spell Breaker - Legends of the Fallen 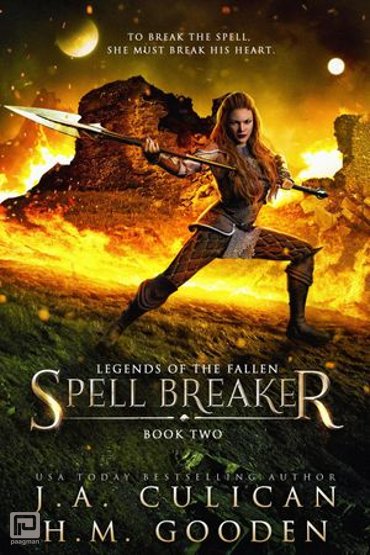 Legends of the Fallen, #2

She craved the adventure of a lifetime. She got it and it's much bigger than she ever dreamed.

Everything Aria tried to do in order to save her brother and help those closest to her has made everything worse. She's now alone with Beru, trying to figure out a way to fix what they've done, to undo what they've started. But Aria still can't get over the fact that Beru is a traitor to Onen Suun, the only man who dared to defy Dag'draath. Beru was the reason Onen Suun was forced to sacrifice his life to save the world.

But the more she learns about him, the more she realizes that maybe history got it wrong. Maybe the stories weren't quite true. Maybe Beru never betrayed the leader he so respected.

As they run, trying to find a solution, Dag'draath releases a new danger from his prison, using the rift Aria created.

If they can't find a solution soon, the prison will break, releasing the entire army buried within.

Can Aria and Beru find the key to keeping the prison closed before Dag'draath, the dark god, unleashes his demon army?