Soul Healer - Legends of the Fallen 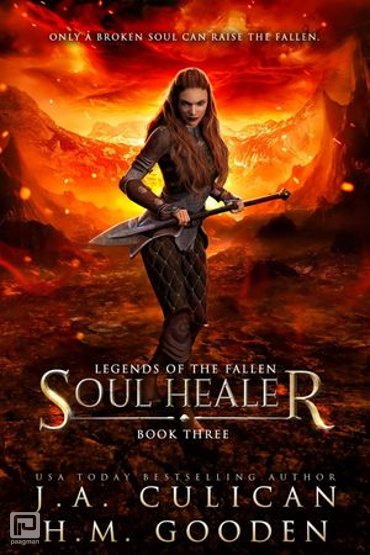 Legends of the Fallen, #3

Aria now knows that there's no plugging the hole in the prison. But that doesn't mean she's without a plan.

Aria is finally feeling like she's figuring things out. At least, she's not fumbling her way through adventure as much anymore. At least there's that.

But there is no way to reseal the prison. Too many ur'gel have escaped, making the breach even bigger. And the only thing they can do is to wait for Dag'draath to break out as well.

They have no weapons against Dag'draath, though. He's a god of evil. In the fight before, they had Onen, the man of Light and everything good. There's no way to resurrect him.

But she does have someone from the past who might have a solution their war that he doesn't even realize. In order for him to find that answer, though, Beru's soul needs to heal. He'd been tortured for two-hundred and fifty years. So, Aria's next mission is simple.

Heal Beru. Then, figure out what the world needs to do in order to stand up against the greatest enemy they've ever faced.