Mind Ring - Legends of the Fallen 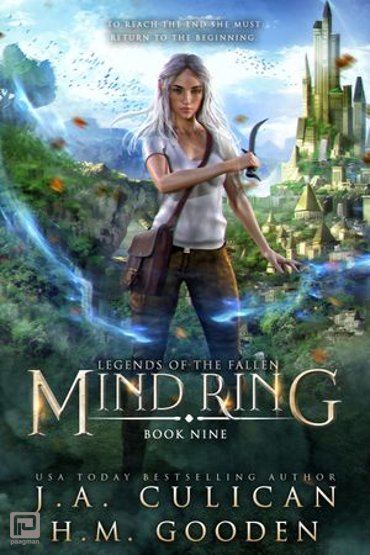 Legends of the Fallen, #9

With the rise of Dag'draath's might, no where is safe. Not even the Library.

Rhin is on the search for the final piece of the puzzle that will lock Dag'draath away for good. Not a prison like Onen Suun created. Something powerful enough to either destroy a god, or to lock him away for eternity.

Rhin and her friends are in a race against time and a growing list of enemies, only to discover that the fight against Dag'draath isn't as simple as it appears.

They might not be able to send him away for good. Doing so might alert a great evil the Library defeated thousands of years ago.

Rhin has to find a way to unlock the Mind Ring in order to save her world against Dag'draath. But if she does, she might unleash a far greater enemy the likes of which are unfathomable.

Visit jaculican.com/fallen/ to learn more about the world and characters of Legends of the Fallen.

"This is the epic fantasy series of the year! A whole new world full of magic, dragons, darkness and unlikely heroes..." - USAToday Bestselling Author, Melle Amade ★★★★★