A saint from texas 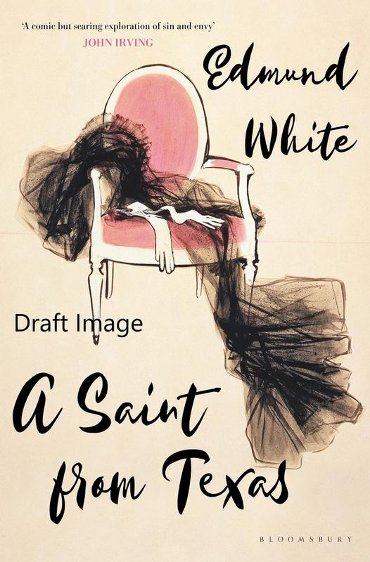 ______________
'An epic novel' - Telegraph
'A worldly wise delight' - Observer
'Another brilliant accomplishment from one of the country's most indispensable writers' - Texas Observer
______________
From legendary writer Edmund White, a bold and sweeping new novel that traces the extraordinary fates of twin sisters, one destined for Parisian nobility and the other for Catholic sainthood

Yvette and Yvonne Crawford are twin sisters, born on a humble patch of East Texas prairie but bound for far grander fates. Just as an untold fortune of oil lies beneath their daddy's land, both girls harbour their own secrets and dreams - ones that will carry them far from Texas and from each other. As the decades unfold, Yvonne will ascend the highest ranks of Parisian society as Yvette gives herself to a lifetime of worship and service in the streets of Jericó, Colombia. And yet, even as they remake themselves in their radically different lives, the twins find that the bonds of family and the past are unbreakable.
Spanning the 1950s to the recent past, Edmund White's marvellous novel serves up an immensely pleasurable epic of two Texas women as their lives traverse varied worlds: the swaggering opulence of the Dallas nouveau riche, the airless pretention of the Paris gratin and the strict piety of a Colombian convent.
______________
'Like a waltz that goes out of control, this is a wild, dizzying, joyful romp ... I loved it' - Ann Beattie
'White's deeply satisfying character study demonstrates his profound abilities' - Publishers Weekly
'One of the three or four most virtuosic living writers of sentences in the English language' - Dave Eggers
'... sacred as well as secular, and always sensuously alive' - Joyce Carol Oates